About Kö-Bogen II in Düsseldorf:

There’s been a lot of talk about sustainable urban architecture. Düsseldorf is a step ahead, where a new building complex in the city centre wears a luxuriant leafy dress.
by Gerhard Matzig

Then it’s up to the roof. Towards the inferno-like blazing sun that day. In the heart of Düsseldorf the heat is subtropical, 36 degrees Celsius. This reporter does not actually wish to be on the hot tin roof of a commercial building close to Königsallee – but in a shady Garden of Eden. It is rare that such wishes come true. But on and under the roof of Kö-Bogen II many other things are different, too. So, miraculously, it works: the roof of Düsseldorf’s new commercial and office building, which also offers space for gastronomy, designed by Christoph Ingenhoven and just completed as a beacon of flourishing architectural futurism, is not a purgatory near the scorching sun, but a shadowy green promise of happiness on Earth.

The building that was erected here as a declaration of sustainability is “Europe’s largest green facade”. A hedge of hornbeams, totalling eight kilometres in length, whose 30,000 plants not only enclose the roof but also two of the four sides of the complex covering more than 40,000 square metres, thus transforming it into a vertical landscape garden. Three landscape gardeners provide “around the clock” care of the green architecture, which should turn copper-coloured in autumn. (…) Read more. 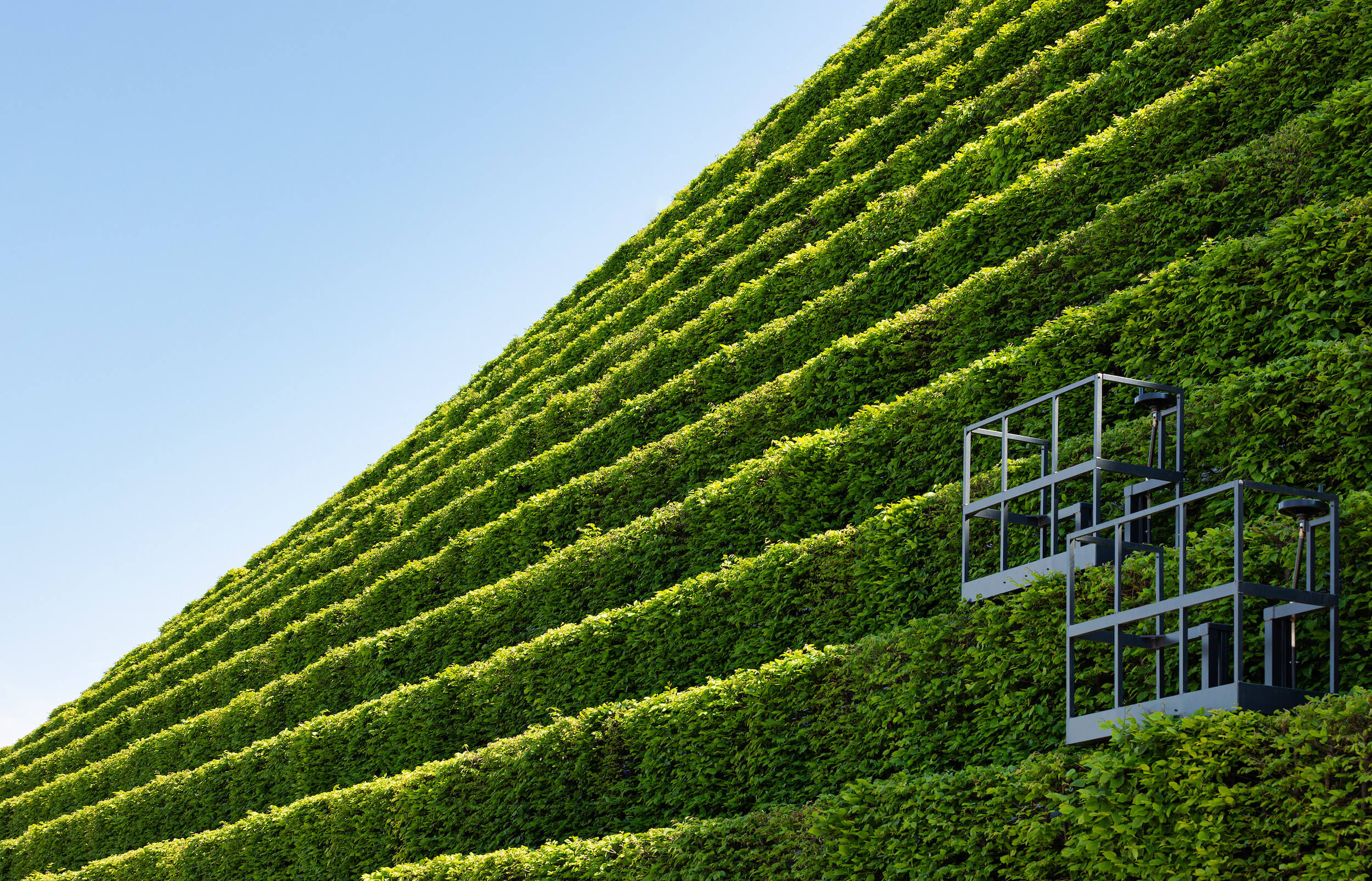 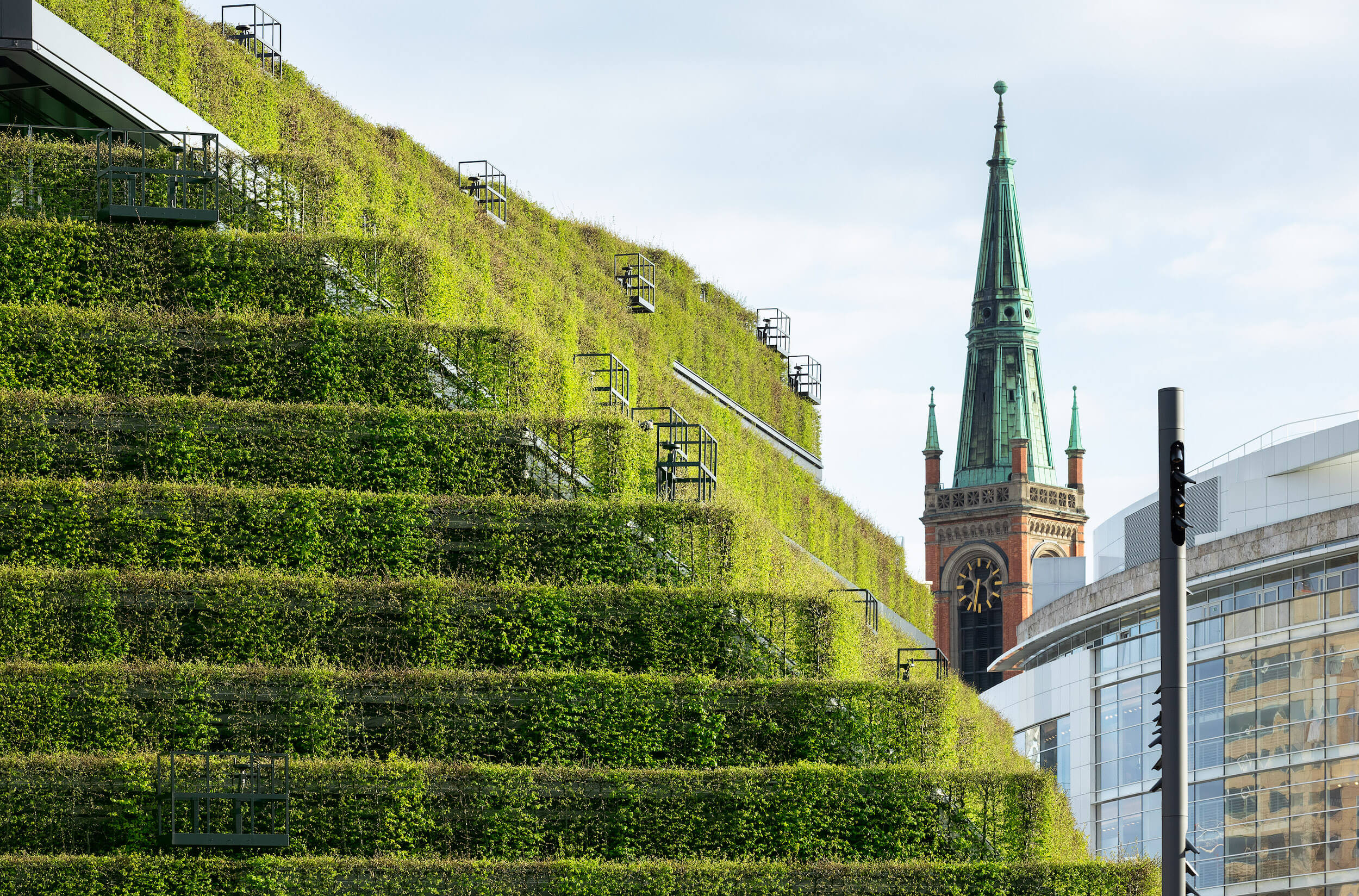 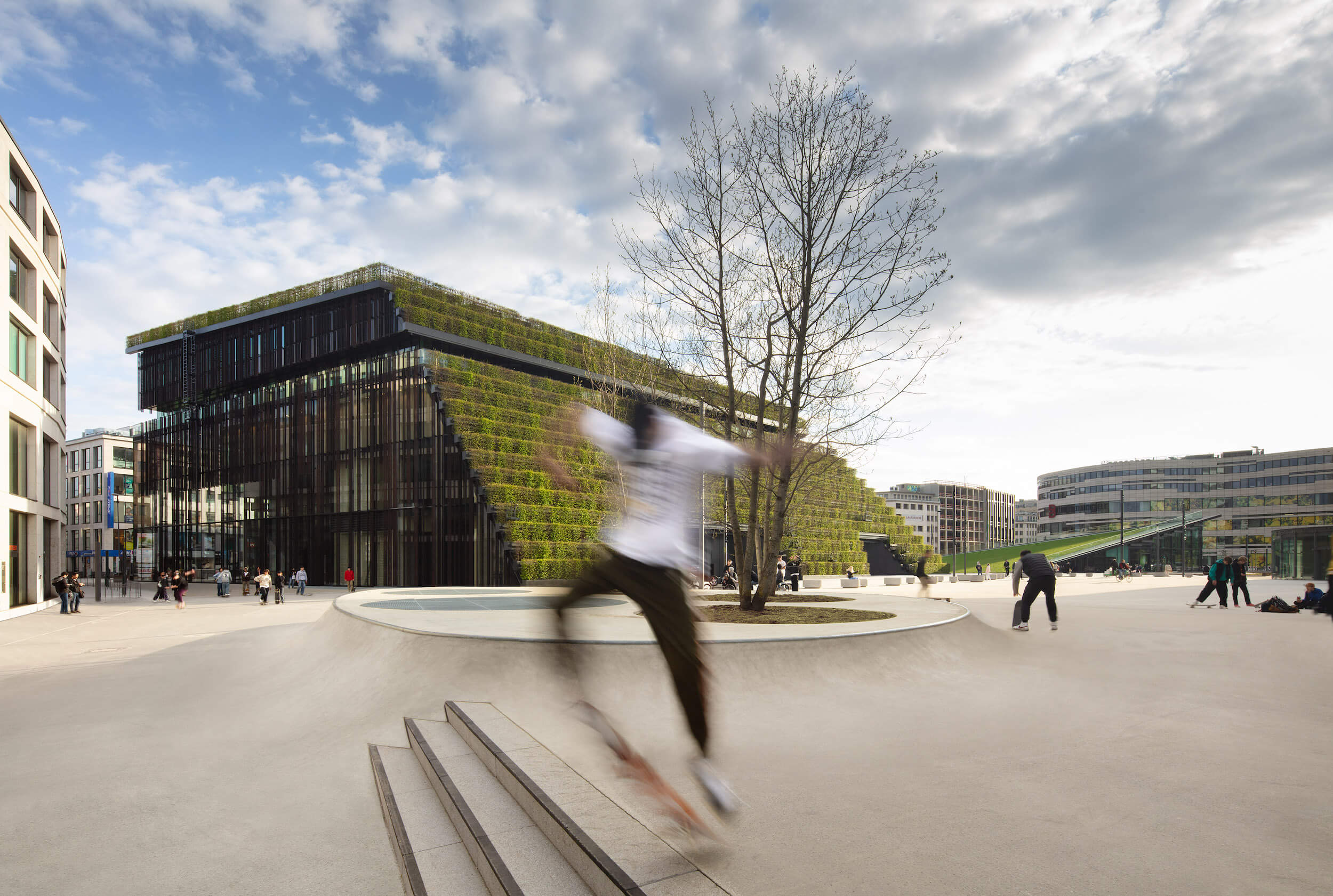 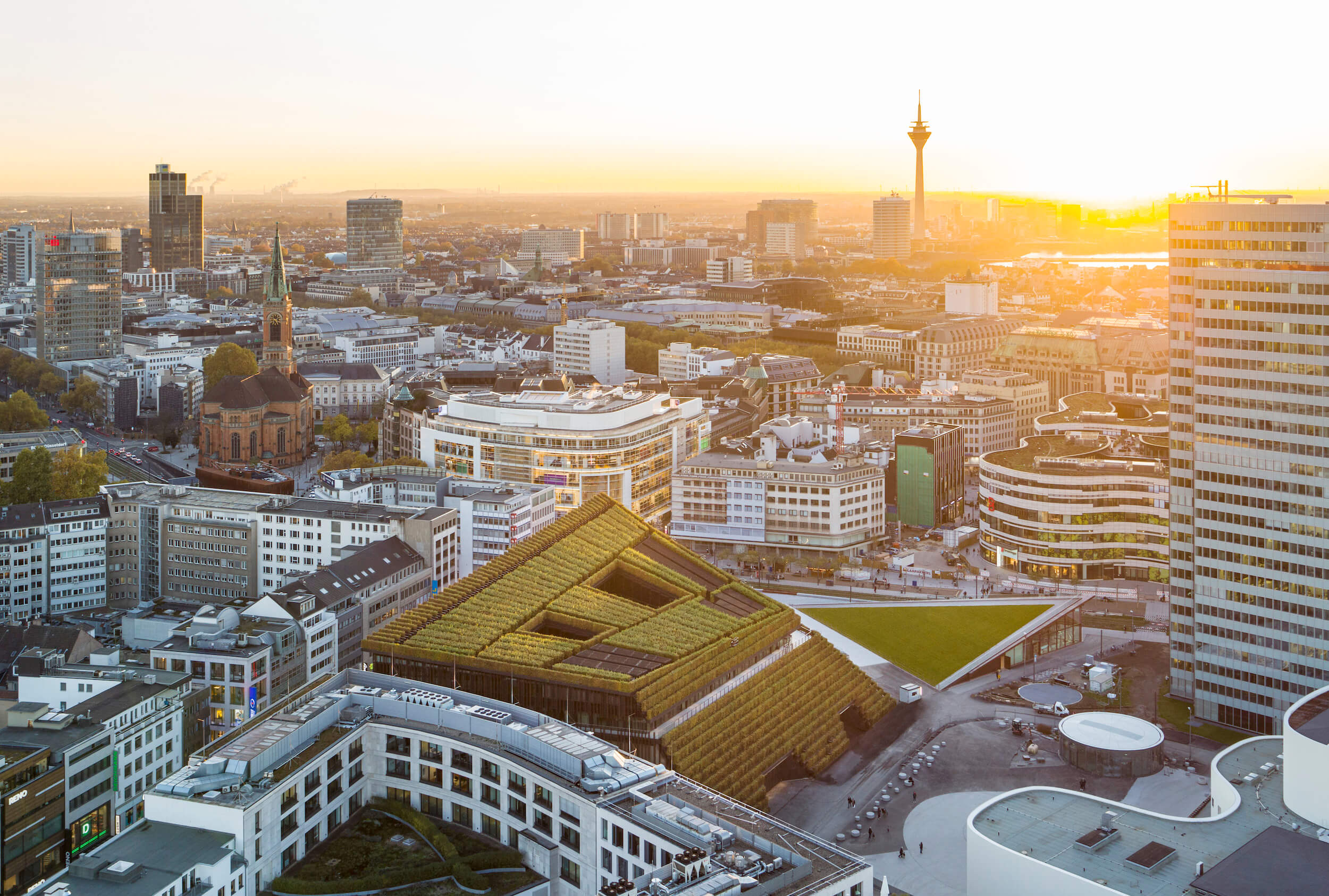 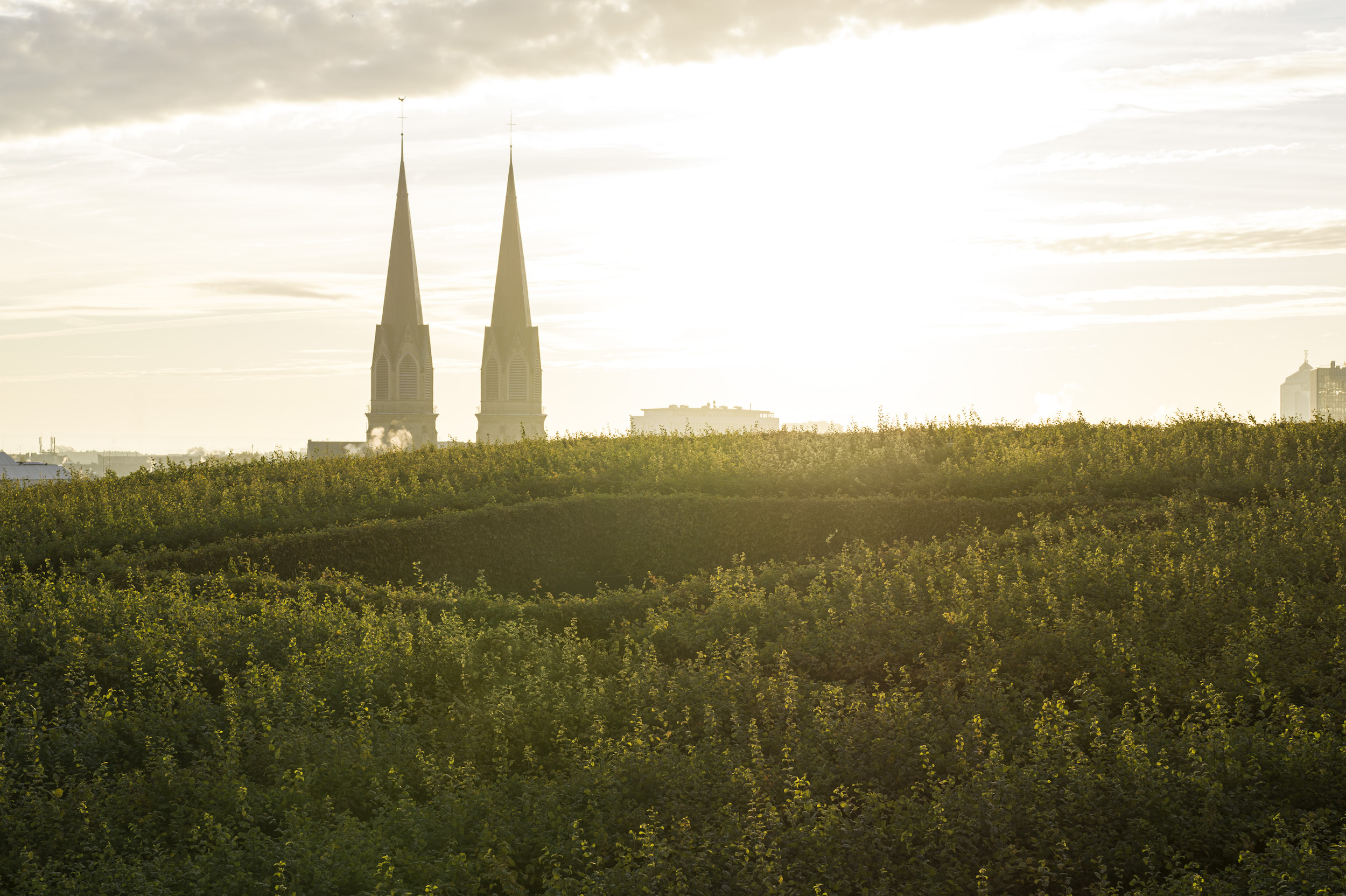 About Kö-Bogen II in Düsseldorf: